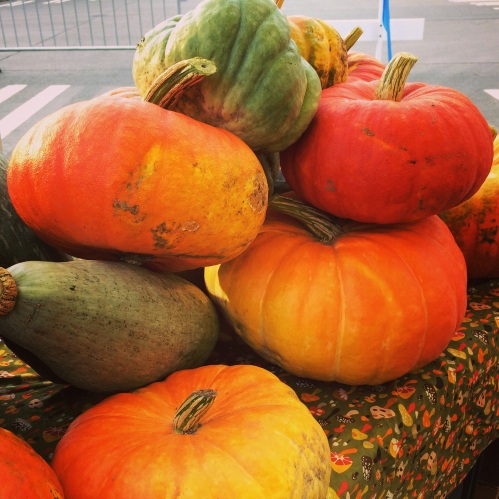 Pumpkins are ready! Our CSA-only Pumpkin Patch opens this weekend! 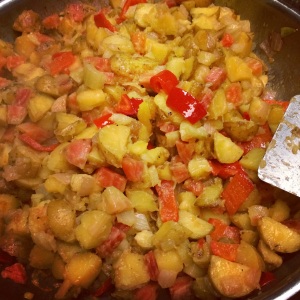 What’s for dinner? That was my question last night. So I used what was in the walk-in cooler. Potatoes from last week, plus fennel, beets, and peppers from this week. I cut everything into 1/2″-ish cubes (size doesn’t matter, just make  sure all the pieces are roughly the same size so they cook evenly). Then I heated olive oil in a frying pan and dumped everything in except the peppers, which I cooked only for the last 5 minutes or so. Just stir everything so it doesn’t burn. And cover with a lid if it seems like it’s not cooking fast enough. 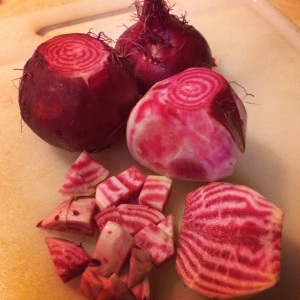 These were so pretty while I was cutting I had to take a picture. Peeled, halved, and cubed. 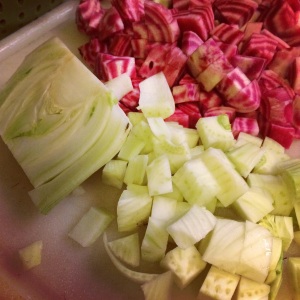 Fennel, halved and cubed. I just used the bulb part, including the core. Use the stems in salad. 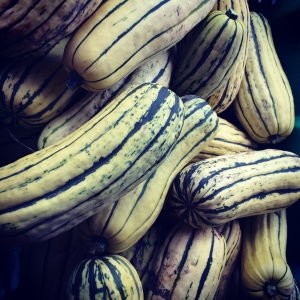 “Delicata” Squash are easy to prepare and delicious.

One of our favorite squashes. Just cut in half and bake at 350°, cut side down. I like to oil the edges before cooking to keep them from sticking. You can also cut the other direction so you get rings and put them on the pan, well oiled. You can eat the skin, too, if you want. 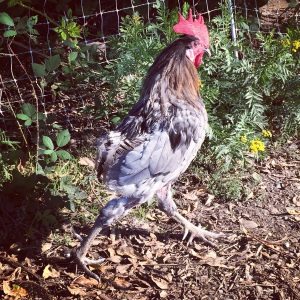 Poor Blue Boy. Molting is a rough time of year. Not only is he ragged everywhere, but he has zero tail feathers.

Chickens, like all birds, lose their feathers in the fall. Their old-fashioned bird genes tell them they need a fresh set of plumage so they can fly south, but chickens don’t fly. They just need new clothes for winter. That’s why all of our chickens look so ratty right now.